As part of my photographic journey, one area I’ve wanted to explore is flash photography, with horses jumping, this September I finally managed to organise a session to make steps towards this goal. 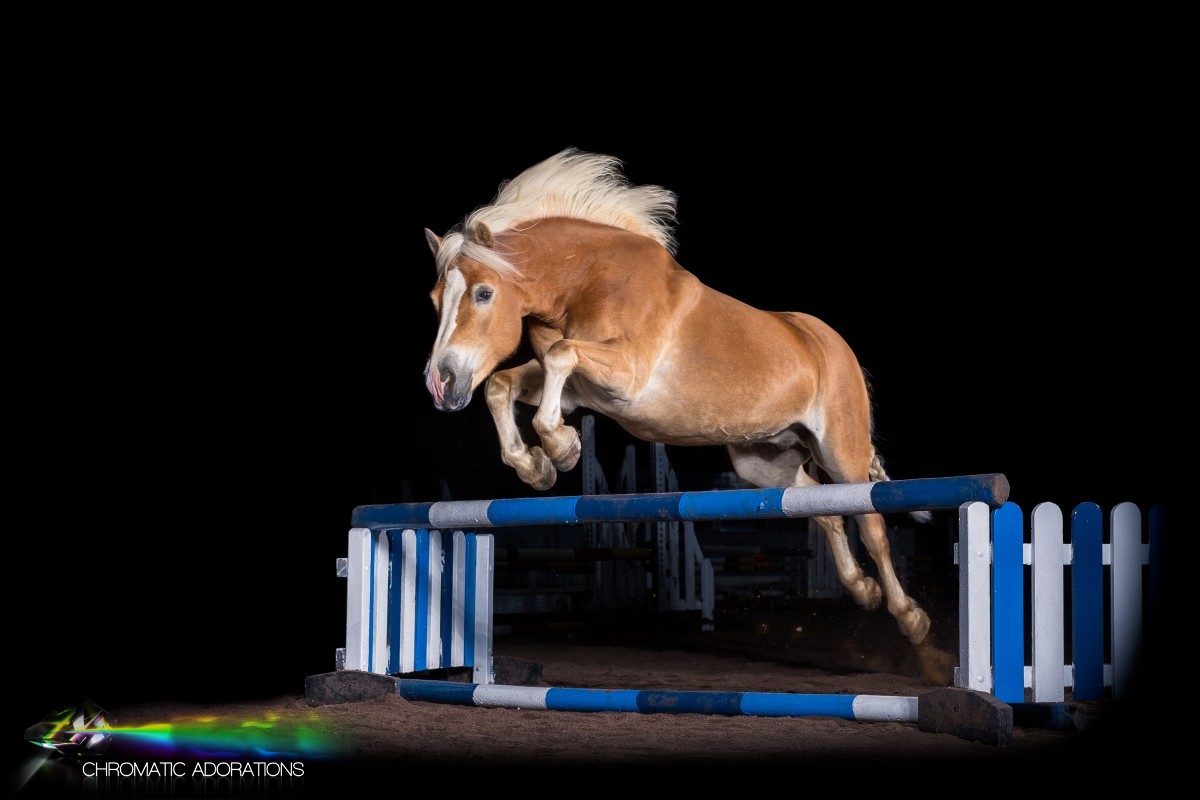 Nugz showing off his fine locks

Having booked the indoor Arena at The Alsager Equestrian Centre, and arranged for a few models to attend we were all set.

On the day, we found out one of the models had been laid up with an abscess, and another would be unable to attend due to the poor weather (having planned to hack down to the yard), leaving us with one model Nugz, as seen on the left here.

Luckily Katie Clowes with her endless connections was able to provide a last minute stand in from Michelle Needolman, as she handily has Daisy stabled at AEC. 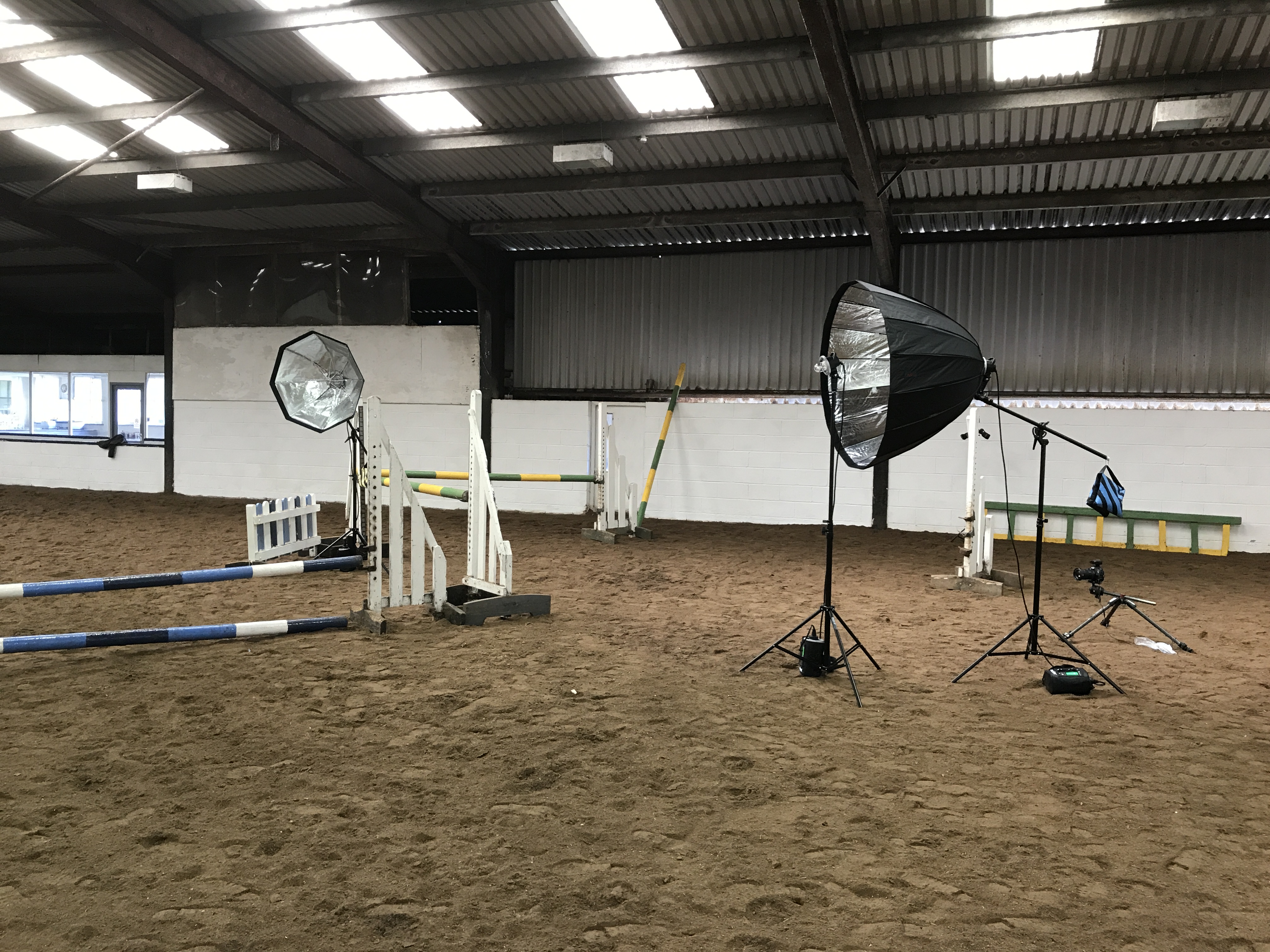 The whole day really was an experiment in what could be achieved with the equipment, being on a fairly low budget and mostly curious to see if that was enough to capture the intended results.

Arriving early to unpack, the four hour session seemed like plenty of time, but it was soon clear that this was going to fly by. After initial setup and testing, with HSS in mind for the shoot, I quickly realised that we might struggle to split the 3 lights over the arrangement I had in mind, with 1 main front, 1 fill camera right, and one behind the subject for a rim light.

I ended up throwing 2 of the AD600’s in front due to the HSS lowered power, leaving only one light for the fill position. I did try an array of 3 x Canon Speedlites, but the wireless transmitters didn’t like being piggy-backed, so quickly gave up on that, aware that time was ticking on and Daisy was ready to play. 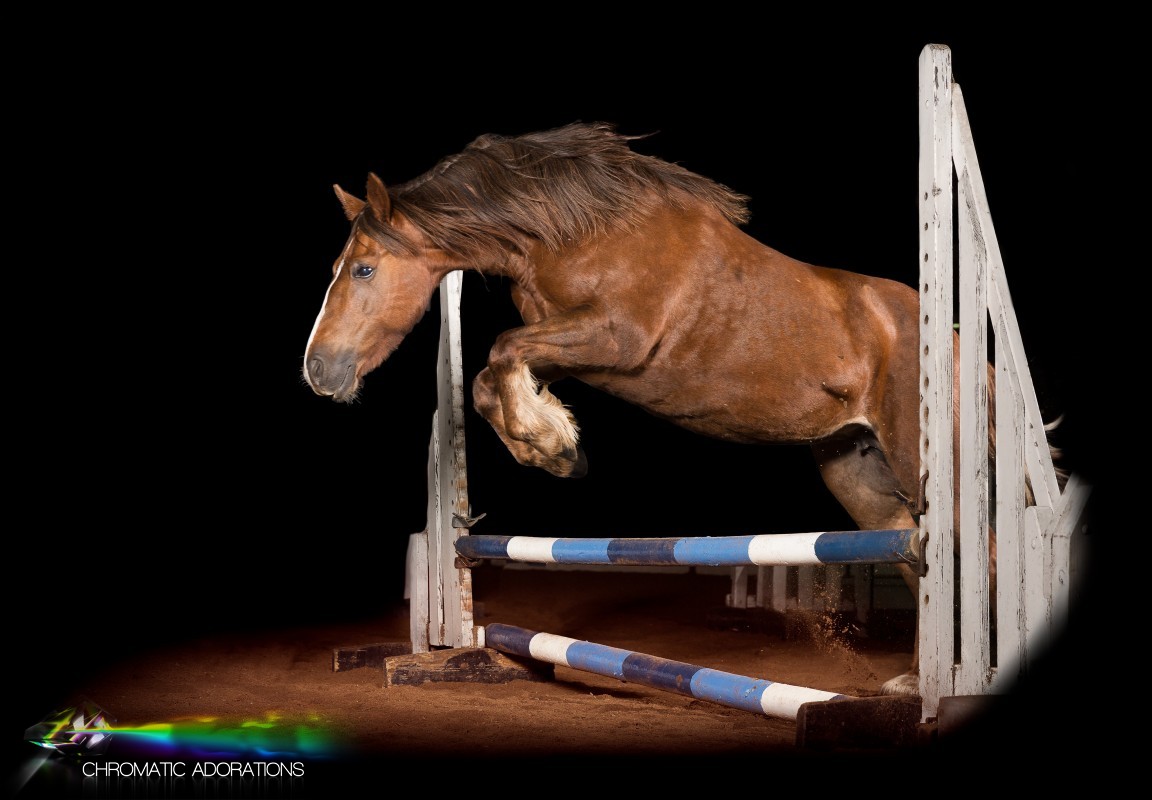 Continuous adjustments for the light positions and shutter speeds were made throughout the shoot, as this was mostly a session to try as much as we could to figure our what worked best. The shots ranged from 50-60mm, with speeds of between 1/1250 and 1/1600 sec, at ISO 400. The idea was to lose the background and have the horses jumping into darkness. In reality,  with the other jumps in the arena, and the position of blockers to help guide the horses to the jump (they loved to make a last minute escape if we left a big enough gap), there were quite a number of items to clean up in post production to give the intended final result.

For our next session I plan to try without HSS, the theory being that the short flash duration will help to freeze the subject. This will allow for more light power to be used, so hopefully allowing the use of a single AD600 as the main light, and more flexibility in lighting setup for he remaining two lights. 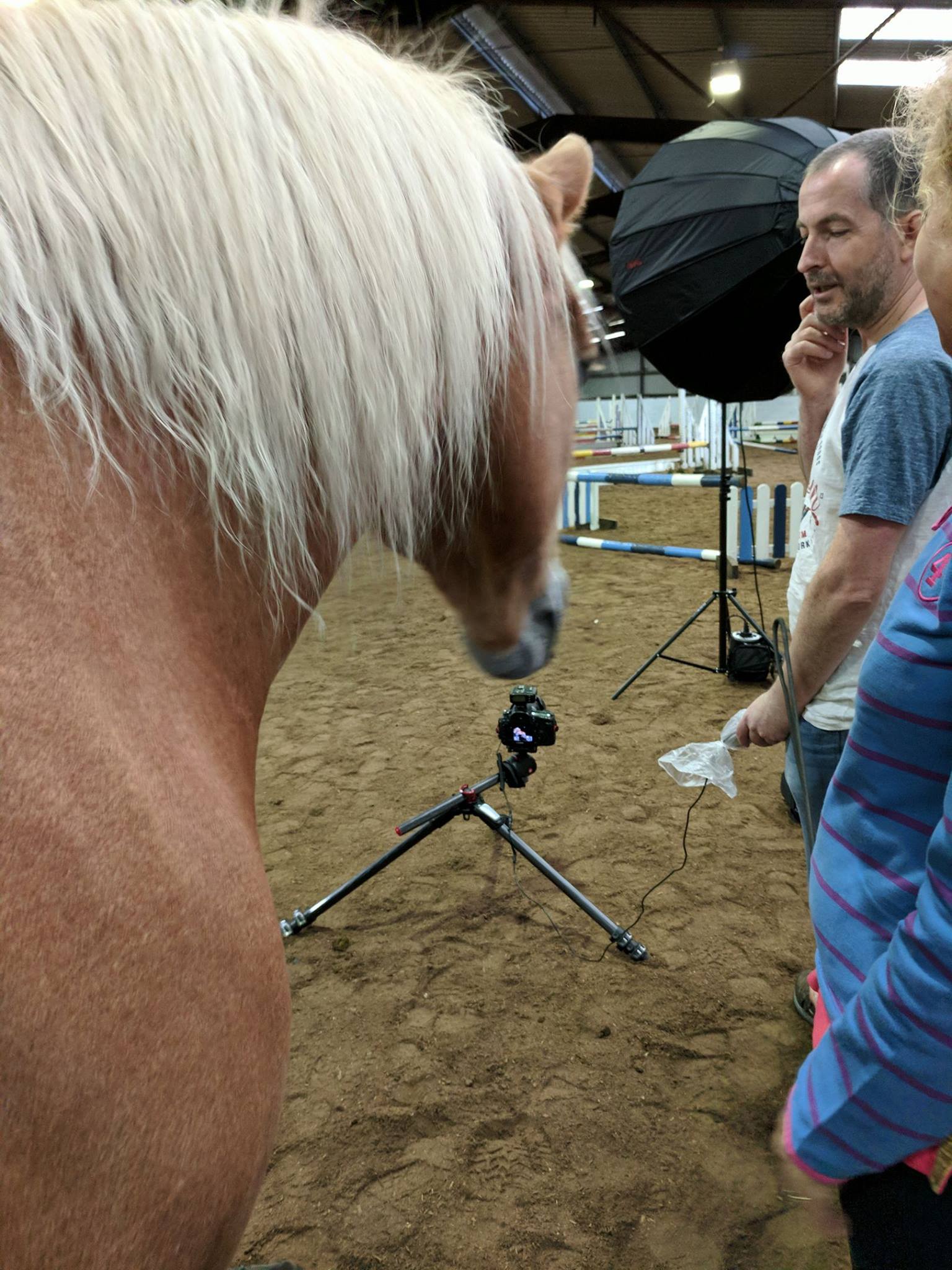 Nugz checking himself out on camera – Photo credit to Elly Koopman

Thanks to Katie for her connections, Elly and Javan for bringing Nugz along to play, to Michelle for stepping in at short notice with Daisy and to Alsager Equestrian Centre for allowing us to stay dry in their indoor arena.

We hope to do some more sessions before the end of the year, if we can find more willing models.